Know Your Star-Fighters Beamer: California transplant to a weird Midwestern town. Feels like he’s living on another planet. Scilla: the gangly tomboy next door. Ghoulie: the class nerd. Add one spaceship-shaped tree house capable of taking them most anywhere in the universe. Hop in and blast off for fantastic outer space adventures in Star-Fighters of Murphy Street—the quirky, funny, fast-paced new trilogy by Robert West.

Taking a shortcut home from school, the Star-Fighters are chased by a horrible one-eyed creature into a cavern that houses an entire miniature world. Everything is animated—cars, trucks, moon, clouds, stars—but no one is at the controls. Who would make such a thing and then abandon it? The Star-Fighters’ search leads them on a wild adventure to a palatial mansion within a wintry jungle that hides a terrible secret—a secret that defines the limits of trusting God. 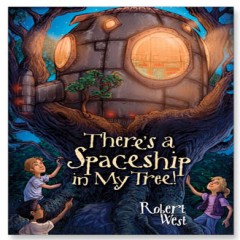 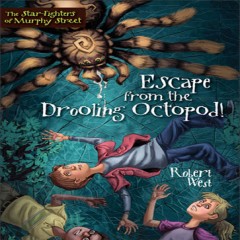 Escape from the Drooling Octopod! (The Star-Fighters of Murphy Street, Episode #3)
Robert West
Regular Price: $15.99 Member Price: $15.99 (or 4 credits)
Sign up for our newsletter!