In this book, Stephen Cooper provides an overview of the greatest theologian of the early church: Augustine of Hippo. Augustine has had a towering influence in the history of Christianity and his Confessions has long been regarded as one of Christianity's classic texts. Cooper introduces the life and thought of Augustine through discussing the Confessions and shows how many of Augustine's human struggles are still with us today. He also examines the theological views of Augustine that emerged through the important controversies of his times. By focusing on the Confessions, Cooper takes us through Augustine's journey as we see him losing his way and then finding it again by the grace of God. Augustine shows us what it means to be from God, to be oriented to God, and then brought to God by God. Stephen A. Cooper is Associate Professor of Religious Studies at Franklin and Marshall College in Lancaster, Pennsylvania.

Very interesting
Having read Confessions previously, I found this walk through the book very helpful in unlocking many more kernels of wisdom than I had discovered previously. For what it is worth, this book is for anyone who wants to go deeper into God's Word as well as Augustine's Confessions with an insightful guide.
Review by Scott / (Posted on 3/14/2013)
Make no mistake, Saint Augustine was...
Make no mistake, Saint Augustine was one "heavy" thinker. But in this vey accessable take on his life with ample excerpts from The Confessions, Simon Vance's famous voice takes into a complex world of ancient Rome, philosophy, theology and domestic life.

Augustine's life was if anything varied. This was a secular man who found God, and then wouldn't let go.

Simon Vance's voice as always ia a pleasure to listen to as he takes into an ancient time that strangely seems modern.
Review by Mike Eustis / (Posted on 11/27/2007)
Among the fathers of the early...
Among the fathers of the early Christian church there are few who seem larger than life, Augustine being the exception. Cooper distills much of Augustine's two major works, CONFESSIONS and CITY OF GOD, to give us a biography of this saint, covering much of his pre-conversion stage. Simon Vance moves in and out of Augustine's voice effortlessly while giving us what could be a contemporary film, given the earthy subject matter and its timeless story of the struggle towards faith. True to its moniker, this entry in the Armchair series makes accessible the life and works of, arguably, the most influential Christian thinker of all. S.M.M. © AudioFile 2007, Portland, Maine
Review by Audiofile Magazine / (Posted on 3/30/2007) 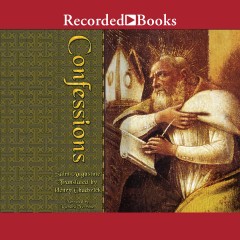 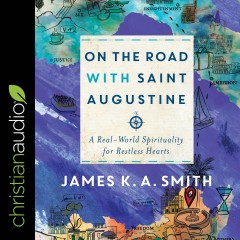