Military intelligence officer Ryan Evans is married to his  work; so much so that his wife and daughter have written him out of their lives.  Sent to Fallujah and captured by insurgents, he is asked to kill children  not unlike his own.  The method: a meticulous, excruciating death by broken bones that his captor has forced him to learn.

Returning home after the ordeal, a new crisis awaits.  A serial killer is on the loose,  and his method of killing is the same.  Ryan becomes a prime suspect, which isn't even the worst of his problems: Ryan's daughter is BoneMan's latest desire.

In a story that is devaststing in its skill and suspense, -  Ted Dekker brings to bear his ability to terrify and compel in BoneMan's Daughters. 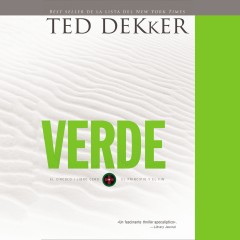