In honor of the 50th anniversary of C. S. Lewis' death, celebrated Oxford don Dr. Alister McGrath presents us with a compelling and definitive portrait of the life of C. S. Lewis, the author of the well-known Narnia series. For more than half a century, C. S. Lewis’ Narnia series has captured the imaginations of millions. In C. S. Lewis — A Life, Dr. Alister McGrath recounts the unlikely path of this Oxford don, who spent his days teaching English literature to the brightest students in the world and his spare time writing a bestselling fantasy series for children. Dr. McGrath uses his extensive research and thorough examination in chronological order of Lewis’ correspondence and archival materials to present a new picture of Lewis’s life. This definitive biography paints a portrait of an eccentric thinker who became a compelling, though reluctant, prophet for our times. You won’t want to miss this fascinating portrayal of a creative genius who inspired generations

The narrator took a bit of getting used to but complemented the subje matter fairly well in the end, although I would have preferred a more engaging voice.
Review by MarkRJP / (Posted on 7/5/2016)
Excellent and rich
It was a delight to listen to this reading of Alister McGrath's excellent Life of CS Lewis. It offers a rich insight into the man and his work, written with scholarly discipline and sensitive appreciation. The reading by Robin Sachs was was as good as I have heard and in a manner very appropriate to the nature of the work. Highly recommended on both counts.
Review by NeilB / (Posted on 5/14/2016)
Great biography by a great historian
I really enjoy biographies. There is something about hearing the story of someone’s life, when told properly and well, that can be moving and encouraging. They can go far in putting people in proper perspective and, when of authors or leaders, lead to a greater understanding of their work.

Alister McGrath is a brilliant author and his work on C. S. Lewis will be the definitive work for time to come. McGrath took his affinity for history and theology and utilized his skills to offer the world a brilliant, extensive work on a novelist, theologian, and, most importantly, a redeemed sinner.

I came to this work with a very limited knowledge of all things Lewis. For those who are more familiar, much of the gold that stood out to me might simply be old hat. However, McGrath is brilliant in his presentation and I strongly feel even Lewis experts will enjoy the fruit of his efforts.

Lewis and Tolkien. I thoroughly enjoyed how McGrath traced this tumultuous relationship from its beginning to its end. It is interesting, to say the least, to see Narnia and Middle-Earth intersect, to see such great minds interact as normal people.

This was not the only love interest that seemed much out of place. Lewis’ wife of his later years was a good deed turned bad deal turned love of his life, the death of whom led Lewis to what has been misdiagnosed as a reversion to agnosticism in A Grief Observed.
Lewis’ relationship with academia in England was even strained due to decisions of his and, mostly, due to his popular reception with the common audience.

A real unique aspect of McGrath’s work is how he sets out to make a case for that Lewis’s conversion has been misdated, even questioning Lewis’ on account based on primary documents, specifically Lewis’ correspondence. Whether you come to agree with McGrath or not, it is interesting to see him develop his argument and to go down the road of “What qualifies as a conversion?” to which this investigation can easily lead.

Lewis was an apologist, but definitely not an Evangelical. It is interesting to me how often he is unequivocally received my many who, when pressed, would strongly hold many differing views on doctrines as serious as the atonement, people who in every other case would reject seemingly reject a “Mere Christianity” in favor of sharp denominational divisions.

When we reach the point of Lewis’ death in 1964, the same day as President Kennedy, you are so invested in CS Lewis that it is hard not to experience the angst and grief you would feel from the loss of someone you genuinely knew. I am constantly amazed at this in reading well written works of history or even fiction.

McGrath saves room at the end to go into detail about the resounding legacy of Lewis’ works and how they have interacted with and changed so many readers, young and old. Although his influence was deemed to be “on the wane” in the mid 1960’s, the rumors of this demise were certainly exaggerated.

I learned much about CS Lewis. What stood out to me the most was that Lewis was a flawed, weak, sinful person. Just like me. Lewis was a sinner who was saved by grace. Just like me! Should he be put up on a pedestal? No. Should he be set before someone as the example of how to live? No. Should he be worshiped? No. There is one Lord. One Savior. One who is worthy of worship. CS Lewis is not God but because of the finished work of Christ on the cross He is now in the loving presence of God. And that is what He would want you to remember about his life. I am certain of it!
Review by Josh / (Posted on 4/21/2014)
Show ALL Reviews
Quite good
Helpful
Review by Sue / (Posted on 7/24/2013)
Stunning biography
'With a tranquil tone and fluid delivery, Robin Sachs leads the listener through these various sections with quiet perception of the man and thoroughly reveals Lewis's complex nature. It's a stellar performance and a stunning biography.' 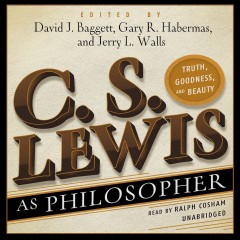 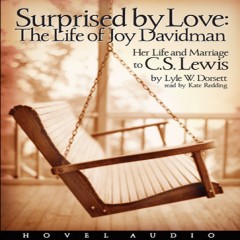 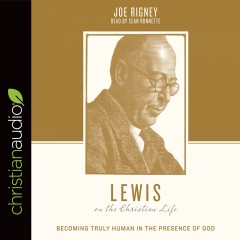 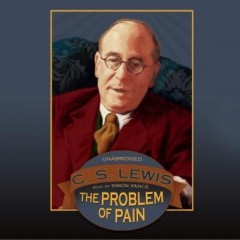 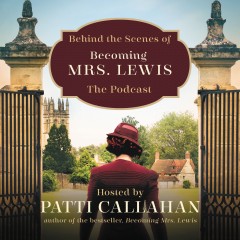 Behind the Scenes of Becoming Mrs. Lewis
Patti Callahan
Regular Price: $20.99 Member Price: $16.79 (or 4 credits)
Sign up for our newsletter!