The year is 2042, and a long-predicted tipping point has arrived. For the first time in human history, the economic pyramid has flipped: The feeble old now outnumber the vigorous young, and this untenable situation is intensifying a battle between competing cultural agendas. Reporter Julia Davidson-a formerly award-winning journalist seeking to revive a flagging career-is investigating the growing crisis, unaware that her activity makes her a pawn in an ominous conspiracy. Plagued by nightmares about her absent father, Julia finds herself drawn to the quiet strength of a man she meets at a friend's church. As the engrossing plot of Fatherless unfolds, Julia will face choices that pit professional success against personal survival in an increasingly uncertain and dangerous world.

In the dystopian tradition of books like 1984, Brave New World, and The Hunger Games, Fatherless vividly imagines a future in which present-day trends come to sinister fruition. The second and third audiobooks in the series, Childless and Godless, will follow at eight-month intervals. 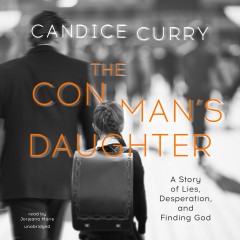