Beginning with the story of Stephen from the book of Acts, considered the first Christian martyr, the drama builds to the passion of the early Church's persecution under the Roman Empire. The hardy and radical faith of those first believers spawned medieval missionary movements that spread the gospel across Europe and into England, Scotland, and Ireland.

As the story continues, it places a significant emphasis on the sufferings of the early Protestants during the Reformation. As a vicar in the Church of England, author John Foxe strongly identified with the Protestant sects throughout Europe, and his loyalty to their cause comes through in his descriptions of many early clashes between Catholic and Protestant believers.

Listeners are given an opportunity to experience the storytelling that incited several wars between Catholic and Protestant forces. The political and personal passion of the Reformation continues with the stories of the French Protestants during and after the French Revolution.

Eye opening and good
Excellent, thorough, and a bit gory. I really had no idea of the extent of the persecution of Christian throughout history.
Review by TresOfReality / (Posted on 11/26/2019)
Great listen!!! Strongly recommend for Christians.
There is always a few books that continue through the years, and this is one of them. The reason is because every Christian who hears or reads this book is deeply impacted. The World would like to play down the violence that has raged against Christians for hundreds of years. We are living in a time of prosperity and peace now in 2019 in a lot of countries that were founded on christian principles, but it may - or will - not always be this way. I strongly recommend this book for anybody who can process strong violence and animal-like immorality against the innocent.
Review by Jeff / (Posted on 5/29/2019)
Exactly what it says, good narration, descriptive
Know what you’re getting. It is what it proclaims to be. A brief but descriptive account of nearly every Christian martyr in history. It is a lot book and sometimes gets taxing because it describes murder after murder in as much detail as you can imagine. However long it may be, it serves a very noteworthy need in the church today. It got monotonous at times, the narration is excellent, but the topic is the same throughout the book, the death of Christians in detail. So the monotony is of no fault of the narration or the author, the book and narrator did excellent. But the topic itself can be taxing on the soul. Would be a very good hardcopy book to own so you can highlight and pull out the stories needed to retell.
Review by Drew / (Posted on 4/2/2019)
Show ALL Reviews
excellent
Excellent narration.
Convicting story. It makes me wonder a lot about how we all would do.
Review by Joshu / (Posted on 12/18/2018)
Good
Helpful
Review by Karen / (Posted on 11/2/2018)
Wrong Narrator Chosen in My Opinion
I hate to sound like I'm a part of the "oppressive patriarchal system", but I prefer to listen to an audiobook written by a man to be read by a man. This sounds like I'm listening to grandma tell bedtime stories. In saying that, she does read well, and the production of it is well done. I just would have preferred a male voice for this book, to give me more of a feel that I was somehow listening to the author himself.
Review by David / (Posted on 11/2/2018)
I highly and heartily recommend this...
I highly and heartily recommend this Hovel Audio recording of Foxes Book of Martyrs, both for the content (an historical record of Christian persecution and martyrdom) and for the audio production itself. Christian Audio (http://christianaudio.com/) offers this recording.

It is read very well by Nadia May. The correct inflections and appropriate pauses make it easy to follow and absorb.

The persecutions described in this book are at times very graphic. But despite this word of warning, this book should be listened to. Remember, similar persecutions continue in some parts of the world today. This book and others like it will create a sense of urgency and fervency in your prayers.

The pages of Scripture offers a good description of the men, women, and children portrayed in this book:
1 Peter 4:13-16 …rejoice insofar as you share Christ's sufferings, that you may also rejoice and be glad when his glory is revealed. If you are insulted for the name of Christ, you are blessed, because the Spirit of glory and of God rests upon you. …yet if anyone suffers as a Christian, let him not be ashamed, but let him glorify God in that name.

Review by ernest kerwin / (Posted on 3/7/2010)
Nadia May is a gifted narrator...
Nadia May is a gifted narrator and she brings all of that and more to her work here as well. She does an excellent job in bringing one of the more difficult books to narrate to audio format. Foxe's Book of Martyrs is one of those historical treasures I've returned to read and reread off and on throughout the years. Having this book in particular available in audio format is an added plus! Highly recommended!
Review by Debra Bouey / (Posted on 7/15/2009) 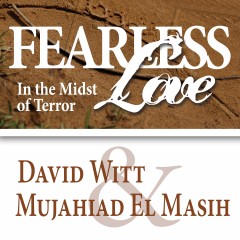