Marlow, the story’s narrator, tells his friends of an experience in the British Congo where he once ran a river steamer for a trading company. He tells of the ivory traders’ cruel exploitation of the natives there. Chief among these is a greedy and treacherous European named Kurtz, a man who has used savagery to obtain semi-divine power over the natives. While Marlow tries to get Kurtz back down the river, Kurtz tries to justify his actions and motions, asserting that he has seen into the very heart of things. 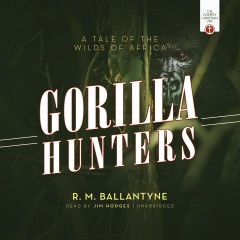