John Stott was ordained into the ministry of the Church of England in 1945 and has served the same church ever since. He was assistant pastor of All Souls for 5 years, the senior pastor (Rector) for 25, and Rector Emeritus since 1975. During the last quarter century he has been set free (under the auspices of the Langham Partnership) to travel the world, especially for ministry to pastors and students. He has been a Chaplain to the Queen since 1959.

He is President of the London Institute for Contemporary Christianity. The son of Sir Arnold and Lady Stott, he was born in London in 1921, educated at Rugby School, where he was head boy, and Trinity College Cambridge, where he got a 1st class degree in French and Theology. He has been awarded a Lambeth DD, and has honorary doctorates from British, Canadian and American colleges. John Stott's biography has been written by Timothy Dudley-Smith. Volume 2 was published in 2001. All his life he has been a keen bird watcher and bird photographer, taking his binoculars and camera with him on all his travels.

He reckons he has seen about 2,500 of the world's 9000 species of birds. His book, The Birds our Teachers, lavishly illustrated with his own photographs, was published in 1999 in UK by Candle Books, in USA by Baker, and also in several other languages. He has written over 40 books. His best known, Basic Christianity, has been translated into more than 50 languages. Other titles include The Cross of Christ, The Contemporary Christian, Evangelical Truth and New Issues Facing Christians Today, and eight New Testament expositions (Acts, Romans etc.) in the 'Bible Speaks Today' series published by IVP.

Timeless!
Timeless exposition of God's truth in Christ.
Review by STEWART / (Posted on 5/1/2019)
Great speech by John R.W. Stott
Rather than the narrative of one of Stott's books, this is an address which Stott gave at Harvard University on whether Christ presented a foundation of "truth" for the 21st Century. It's an excellent talk, after which Stott fielded questions from students on his subject matter. Hearing this in Stott's own voice was a treat and I found myself applauding with the rest of the audience when he was finished.
Review by Paul LeBoutillier / (Posted on 6/18/2012) 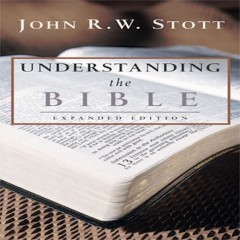 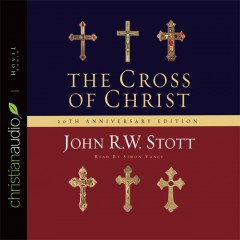