This engaging prequel to Joseph Girzone’s bestselling series, which has sold more than 5 million books in the United States, describes Joshua’s early years and the first inklings of his destiny as a messenger of love in a troubled world. Millions of readers around the world have followed the story of the gentle woodcarver and carpenter who was first introduced in 1983 in Joseph Girzone’s beloved parable Joshua.

In Joshua’s Family, Girzone travels back in time, painting a captivating portrait of the mother and father who nurtured Joshua and of the friends and neighbors who viewed the unusually precocious child with an uneasy balance of wonder and skepticism. 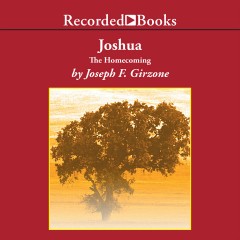