Edward Rothacker learned early in life he was a musician. He started piano lessons in second grade and led morning Mass at Catholic school by the time he was thirteen. Playing music throughout his youth, Rothacker joined the U.S. Navy and continued playing organ with the Navy Blue Jacket Choir and rock-and-roll with the U.S.S. Milwaukee’s local band, Damn Right.

Although musically smooth, Rothacker’s religious life was discordant. Imagine attending a parochial grade school for eight years, never missing Sunday Mass for twelve years straight, memorizing catechism, playing by the rules, but not knowing God. Keys To Glory is Rothacker’s autobiographical awakening and faithful search for God, telling how God used his music to guide him into a personal relationship with Jesus Christ.

“I have laughed out loud and I have cried, and you made this happen…I was going to read a chapter or so, and come back to it later. But I could not do that. I changed my schedule and read the whole thing because I could not walk away. “

Ed and Cindy Rothacker live in Columbus, Ohio, and have two children and three grandchildren. Ed is currently working for a couple companies out of the home; one who provides assembly programs for high schools, and the other sells high-end test equipment for the cellular industry. Cindy teaches the visually impaired at a Columbus high school. Together they lead worship for kids three years old to fifth grade at their church." 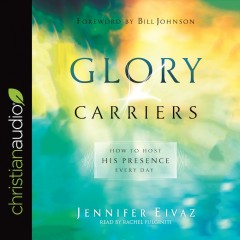