Description
Good and evil clash. Leinad and Cedric are determined to not only survive, but claim hope and victory! In Kingdom's Dawn, Leinad and Tess, along with all the king's people, must escape slavery by the powerful Lord Fairos. Kingdom's Hope finds them free and arriving in the Chessington Valley. But when they forget the king, will Kergon and the Kessons capture them for good? After many years, Kingdom's Edge finds Cedric living a hopeless life until a stranger appears with powerful words of a new kingdom and a grand army. Finally, Kingdom's Reign marches you through the danger of earth's last days as the evil dark knight threatens to defeat the prince once and for all. Swords, knights, and battles define these captivating tales that parallel biblical events from Genesis to Revelation! He's just a young man, but that doesn't change the truth. He was chosen - Sixteen-year-old Leinad thought he was a common farmer's son, nothing more. He wondered why his father had trained him for years to master the sword - not exactly a tool of the trade for farmers - but one tragic event initiates a world of revelation. Only then does he begin to understand his calling - a calling no other man in the entire kingdom of Arrethtrae can fulfill; a calling given him by the King himself. Teamed with a young slave girl, Leinad is thrust into adversity and danger for the Dark Knight and his vicious Shadow Warriors will stop at nothing to thwart the King's plan to restore the kingdom. Leinad will need more than a sharp blade and a swift hand to fulfill his mission and survive the evil plots of the King's sworn enemies! Journey to Arrethtrae, where the King and His Son implement a bold plan to save their kingdom; where courage, faith, and loyalty stand tall in the face of opposition; where good will not bow to evil and the future of a kingdom lies in the hands of a young man.

A wonderful book
An amazing book that puts a really cool perspective to the story of the Bible. Only thing that I have against the book and the author is that it was too short. I'm excited to "read" (listen to) the rest of the series and others by this author.
Review by Michael / (Posted on 6/7/2019)
great road trip entertainment
My family (with 6, 9 and 12 year old boys) really enjoyed this story. We are all anxious to know what happens next! The reading was very well done and the sound quality was great.
Review by Marijane / (Posted on 8/10/2016)
Wonderful allegory adventure
Our family listens to audio books in the car when we drive to "distant" events. We've heard this one twice and loved it. The reader has a pleasant voice and the pace is good. The sound effects were sometimes too loud and caused the blown speakers in our used vehicle to pop. The story itself caused us to hang on and be quick at the rest stops so that we could get back to the story. Nice allegory that the pre/teen boys enjoyed and understood. We are eagerly looking forward to the next one! I might caution parental guidance for young listeners for described violence and death. Happily, the story does not leave you hopeless and encourages faith and hope.
Review by Teresa / (Posted on 12/4/2015)
Show ALL Reviews
Great story, horrible production and sound FXs
"The author recorded this himself" is what it said at the end if the book... and trust me, you can tell. All the sound FX sound like he went to the nearest Dollar Store and picked up a couple of noise making toys and used them for the background sound FXs... However, the story was really good. All in all I enjoyed it when I came to grips with the fact that the production quality was going to be lacking.

Mr. Black makes a believable allegory that works well with the Bible. It was fun to figure out which portion of the Scriptures Mr. Black was addressing and occassionally, a pleasant surprise too!

The readers were excellent and I discovered to my delight that the background noises and music did not distract from the story (as often happens in audio books), but rather enhanced what was happening. The sound of a sword being drawn from its scabbard heightened the sense of excitement for the upcoming match.

It was fun to read, my only complaint, it ws over too soon. Thank you for a good read and I will be purchasing the remaing Kingdom series and look forward to the Knights of Arrethtrae series.
Review by Randy Tedrow / (Posted on 8/19/2010) 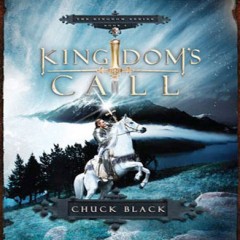 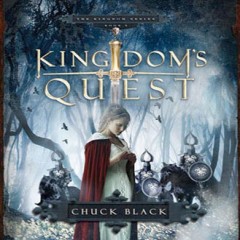 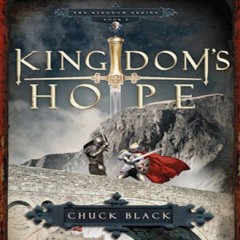 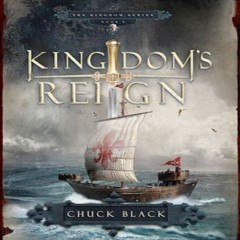 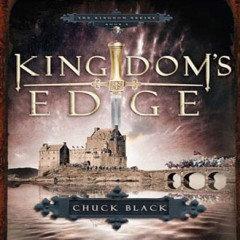