Become a fan of My Utmost for His Highest on Facebook!

"Chambers reminded me that there is such a thing as 'hungering and thirsting after righteousness,' that is not the same things as works righteousness, but rather comes from a deep desire to please the One you love the most."
- Michael Card

The best-selling devotional in the world is now available in audio! This revised and updated edition speaks to us in a clearer and more dynamic method than ever before. This brilliant Scotsman has influenced the lives of millions of Christians worldwide. His ability to take the weightiest of topics and apply them to everyday life is one of his greatest gifts. The aim of Oswald Chambers was all-encompassing: "to shut out every other consideration and keep yourself before God for this one thing only--My Utmost for His Highest... determined to be absolutely and entirely for Him and for Him alone."

Oswald Chambers was born in Scotland and spent much of his boyhood there. His ministry of teaching and preaching took him for a time to the United States and Japan. The last six years of his life were spent as principal of the Bible Training College in London, and as a chaplain to British Commonwealth troops in Egypt during World War 1. After his death, the books which bear his name were compiled by his wife from her own verbatim shorthand notes of his talks.

Michael Card is an award-winning singer, songwriter, author and teacher. With over 20 albums to his credit, 19 #1 songs, and 14+ books, he is uniquely gifted and qualified to narrate My Utmost for His Highest. His nuanced and thoughtful reading of this timeless classic provide a magnificent opportunity for those both familiar and also those new to Oswald Chambers.

A CLOSER RELATIONSHIP WITH CHRIST JESUS
SPIRITUALY UPLIFTING
Review by DEACON MANUEL / (Posted on 12/3/2018)
A Treasure to have. Michael does an excellent reading!
Oswald Chamber’s daily devotions have challenged and encouraged my family for many years. What a treasure to have it in audio format! Michael Card does an excellent read. It is like he is sitting with us and gently, convincingly, and sincerely speaking to us as his friends. We have put this audio devotion on our phones and tablets to take with us. I often put a particular day in repeat mode and listen to it 4 or 5 times to really get the message God has for me. We would be highly interested in any Andrew Murray audio books read by Michael as well.
Review by Egavas / (Posted on 11/15/2016)
One of the greatest
One of the greatest
Review by Roger / (Posted on 7/6/2013)
Show ALL Reviews
For fans of Oswald Chambers &...
For fans of Oswald Chambers & the classic "My Utmost for His Highest" in particular, this is a great rendering, read thoughtfully by singer/songwriter/theologian, Michael Card. Easy to use, this is tracked by day, so you can easily move around the audio, one day at a time, without searching. October 8th is one personal favorite! If you like this devotional, check out Christian Audio's upcoming "Morning and Evening" by Charles Spurgeon...another classic!
Review by Antonina Ruth Bruno / (Posted on 6/9/2007) 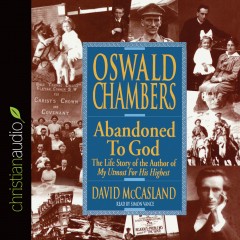 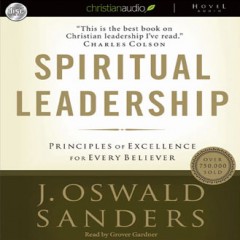 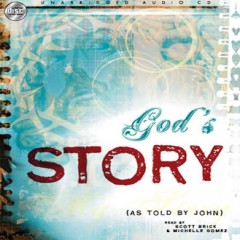 God's Story
Crossway
FREE
Sign up for our newsletter!