Description
This recording of three fairy tales, including background music and sound effects, is a delight for children of all ages. Included are “Rumplestiltskin,” “Rapunzel,” and “The Princess on the Glass Hill.”

"Rapunzel" is a German fairy tale in the collection assembled by the Brothers Grimm and first published in 1812. Rapunzel is the name of a beautiful young girl who at age twelve is locked in a tower by a witch who gains access by calling, “Rapunzel, Rapunzel, let down your hair, so that I may climb the golden stair.” She then climbs the girl’s long braid up through the tiny window in the tower. When the king’s son, riding in the forest, discovers Rapunzel, the two fall in love and plan to run away together. But the angry witch catches them and separates them, the girl banished to the wilderness and the prince blinded. However, the girl’s lovely voice in the wilderness reunites her to the prince, where she heals his eyes, and they return to his castle to live happily ever after.

“Rumplestiltskin” is the name of a dwarf who saves the life of the miller’s daughter by spinning straw into gold for her. This goes on for three days, until the dwarf, in exchange for his work, claims the girl’s firstborn child, unless she can guess what his name is. At first she tries every name she can find in the kingdom, but none are correct. At last, her messenger secretly discovers the dwarf singing that his name is “Rumplestiltskin.” She then foils the dwarf and saves her child.

“The Princess on the Glass Hill” is a Norwegian fairy tale that recounts a wondrous story of how the youngest boy of three sons, held in disdain by the other two, secretly obtains a magical horse. While disguised in three sets of armor, he uses the horse to perform three feats in a contest and thus wins the hand of the princess. 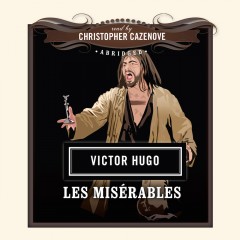