The inspirational real-life story of the man behind the beloved movie Rudy, his continued determination to make his dreams come true, and how you can dream big too.
How does a lower middle class kid, who suffered through school with undiagnosed dyslexia, get into Notre Dame and become the inspiration for millions in a Hollywood film that has become one of the most inspiring sport movies ever made? He never gave up.

For the first time, read Daniel ""Rudy"" Ruettiger's real life story and learn the behind-the-scenes details of the ten years it took to make the movie and how that tossed him into a new career of public speaking that continues on stages today alongside world-class leaders and speakers.

Divided into four parts, each include details of the failures and hard lessons he's learned along the way and how hitting the reset button was often the best thing that ever happened to him: Growing up one of 14 kids in Joliet, a brief stint in the Navy opens a new world of opportunity and dreams.

Rudy finds a side door into Notre Dame where in a legendary moment he becomes one of only a few players in school history to be carried off the field    The struggle to find a career after college leads him to his new impossible dream, to get a movie made about his life story    Launched into a new world, Rudy finds his true calling as an inspirational speaker and reveals how losing site of his own dreams nearly derails him, but how once again, in learning another of life's most important lessons, he finds a reason to hope again—through the eyes of the next generation of Rudy's.

Rudy doesn't represent some far-fetched Hollywood fantasy that most people can never attain—the power of his story comes from the fact that at heart he's just an “Average Joe.” The moral is that anyone with a dream can make that dream a reality—as long as they’re willing to put in the hard work, and heart, it takes to get there." 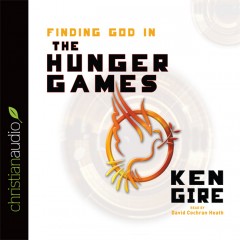