In Patrick Morley's true sequel to The Man in the Mirror a man is taken beyond the day-to-day problems he faces and is confronted with seven major seasons of life that can make him or break him. Includes a leader's guide for small groups. Formerly titled The Seven Seasons of a Man's Life. 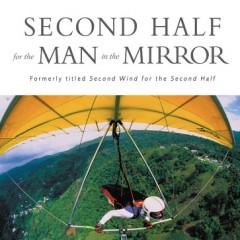 Second Half for the Man in the Mirror
Patrick Morley
Regular Price: $20.99 Member Price: $16.79 (or 4 credits)
Sign up for our newsletter!