God is wrath? Or God is Love?

In his famous sermon “Sinners in the Hands of an Angry God,” Puritan revivalist Jonathan Edwards shaped predominating American theology with a vision of God as angry, violent, and retributive. Three centuries later, Brian Zahnd was both mesmerized and terrified by Edwards’s wrathful God. Haunted by fear that crippled his relationship with God, Zahnd spent years praying for a divine experience of hell.

What Zahnd experienced instead was the Father’s love—revealed perfectly through Jesus Christ—for all prodigal sons and daughters.


In Sinners in the Hands of a Loving God, Zahnd asks important questions like: Is seeing God primarily as wrathful towards sinners true or biblical? Is fearing God a normal expected behavior? And where might the natural implications of this theological framework lead us?

Thoughtfully wrestling with subjects like Old Testament genocide, the crucifixion of Jesus, eternal punishment in hell, and the final judgment in Revelation, Zahnd maintains that the summit of divine revelation for sinners is not God is wrath, but God is love.

Many of the people that claim this book is heresy cannot, in fact, name a single traditional heresy and often have little to no formal theological training. I do.

Framing his argument against the famous John Edwards sermon, Zahnd uses in-context scripture, church tradition and logical argument to prove that wrath, vengeance and darkness are not inherent to the nature of God, and in fact are antithetical to his very being.

This book helps to repair the cognitive dissonance of a God that seems to be a monster in the Old Testament, followed by Jesus saying that God is only love—even love unto death—in the New Testament.

I recommend this book highly to all people, but especially to those that have questions or doubts and want to dive deeper into the nature of God, and his plan for humanity.

(There are even some wonderful insights on how we should interpret the book of Revelation! Spoiler alert; "Left Behind" got it wrong.)
Review by Ethan / (Posted on 6/2/2020)
Heresy
This book is full of heresy, I was quite shocked at the amount of scripture twisting in this book, it even presents another gospel (not the true Gospel) read Galatians 1.
I’m sad that it’s even being offered at Christian Audio, and wish that I could delete it from my library.
Review by Shelley / (Posted on 11/12/2019)
This is really about whether Wrath is a fundamental part of God's personhood
Sinners in the Hands of a Loving God is the fourth book by Brian Zahnd I have read. Zahnd is a pastor and has been helpful to me over the past decade as my theology and understanding of Christianity has shifted. His own shifts have been fairly similar to mine, although he is a generation older than I am. Zahnd is a popularizer and writes personally and pastorally, and I mean that as a complement. Academic theologians and biblical scholars are important, but in order for the academic work to impact the church, pastors and popularizers need to take the insights of the academics and put it into language and structure that are understandable to the rest of us.

In a somewhat similar way to how Rachel Held Evan’s book Inspired, was really about hermeneutics (how to read scripture), Sinners in the Hands of a Loving God is really about the theology of God with secondary theme of the problem of evil. The title, of course, is a play on Jonathan Edwards’ famous sermon. Zahnd talks about how he wrote out and may a book of Edwards’ sermon because he wanted to learn how to evangelize like Edwards. Edwards was a central character in the Great Awakening, an early American revival that swept the US and the UK a generation before the American Revolution.

Edwards was trying to illustrated the importance of becoming a true follower of Christ through the sermon, but Zahnd starts by pointing out the problem with conceiving of God not as a loving father, but as a distant wrathful deity. This split in Christianity between God as Love and God as Wrath has a long history and is still current. Zahnd spends much of the book disassembling the perspective on God, the Father, as primarily wrathful. Much of that disassembly goes back to scripture and gives a new spin on how scripture is read. He works through the genocide texts of the Old Testament, the crucifixion of Christ, Hell and a long section on the book of Revelation.

The main insight that I think is really helpful is Zahnd’s phrase, Literalizing Metaphors. Because God is God and we are human, we as humans cannot fully comprehend God. That is not to say we cannot understand anything about God, but that we cannot understand all of God because God is infinite and humanity is limited, and a creation of God. God speaks to us through the bible, but the bible, as an inspired word of God is full of metaphors to explain God. God is described as a rock, a mother hen, a father, a shepherd, a potter, bread, light, a lamb, a hedge, a fortress, a lion, a vine, etc. God is not actually a rock or chicken or bread or a light, but those are metaphors to describe aspects of God in human language. The problem is not the metaphors, those are part of the biblical record, but the way that we ‘literalize the metaphor’.

Zahnd does not dispute God’s holiness. But Zahnd emphasizes God’s love for us as his creation and his children. It is a metaphor again, but God loves us as his children and as human parents, our anger is at the sinful things our do, not the children themselves. And that leads to a fairly long discussion about Jesus and his crucifixion and what happened there.

The sections on Revelation are probably the areas that I have done the least reading on and there were some new insights to me there. I do find it interesting that some of the parts of scripture that were most frustrating to me previously have become areas that are most interesting to me now. With insight comes understanding. I used to really find Psalms boring and Revelation frustrating. But with both it was more about lack of understanding than a problem with the actual text.

That lack of understanding was from some bad historical bible teaching trends. The psalms have been ignored among parts of the evangelical church because of its association with more liturgical traditions and the evangelicals church’s problems with parts of scripture that are less than super happy. The problems of Revelation are largely about dispensationalism, a theological movement that associated Revelation primarily with prophesy about current events. Zahnd points out Hal Lindsey’s Late Great Planet Earth, the best selling non-fiction book of the 1970s,and hugely influential as one of the examples of where we went wrong theologically.

In many ways I think the whole point of Sinners in the Hands of a Loving is similar to James Bryan Smith’s The Good and Beautiful God. Both start with false conceptions of God and then try to illustrate how to reimagine God, biblically, from a New Testament perspective.

I have been reading progressive Evangelicals for a while. There was not much here that I have not read in other places. That is not to say that the book was not worth reading, because different authors have different ways of explaining concepts and ideas. For me the concept of Literalizing a Metaphor was worth the price of Sinners in the Hands of a Loving God.

The problem with countering bad theology is that it takes a significant amount of effort. I do not agree with every approach that Zahnd takes here, but I think the broader point, that God is a God of love (a characteristic of who he is) and not a God of Wrath (which is a response to sin). The second point that was not new to me, but I think is an important feature of good theology, is the admittance of scripture as being multi-vocal. I was introduced to this concept through Peter Enns, but since I found the conceptual framework, I can see the concept in many places. Zahnd says almost anything can be proven through scripture if you want to. The problem is to follow threads throughout scripture and to read scripture in light of Christ. Eye for an Eye is part of scripture, but reading that apart from Jesus gives a different response than reading it in light of Jesus’ reinterpretation of the passage in Matt 5.

I am half way through James Cone’s Cross and the Lynching Tree. While they are not fundamentally disagreeing, I do think it is worth noting that while Zahnd does not place much theological importance on God’s wrath toward sin, Cone places a lot of theological importance on God’s vengeance upon oppressors. It is not that Zahnd has no place for sin and punishment (he has a chapter on hell), but that their different social locations and emphases lead them to focus on different things. It is part of why I think it is so important to read in different streams of Christianity, without different influences from different social locations and different theological backgrounds we begin to think we can solve Christianity’s problems. I am convinced that we cannot ever solve all of the intellectual problems of Christianity because we are not God. That does not mean I think we should not investigate them. And that does not mean that I think we should abandon Christianity because of intellectual difficulties. I just think we need to acknowledge that the problems exist.
Review by Adam / (Posted on 7/12/2018) 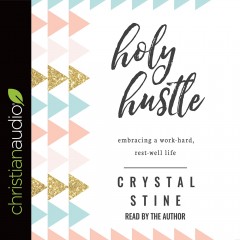 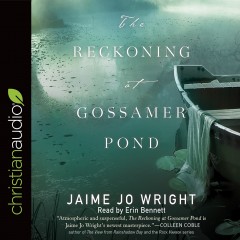 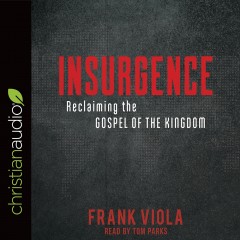 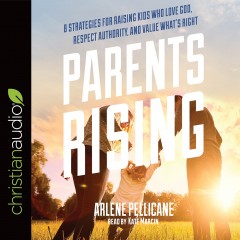 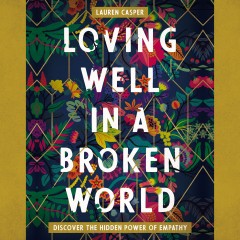 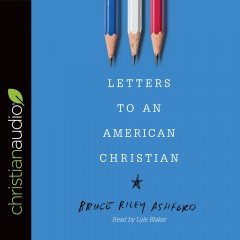 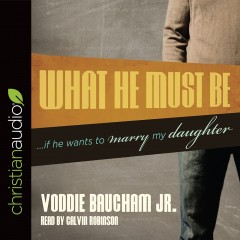 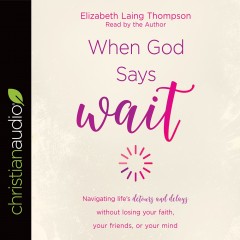