"...a story which surprises and intrigues, a very human story of struggle, pain and triumph."
-Patricia Morley, The Birmingham-News

In late 1956, an item in The Times of London stunned England's literary set. Confirmed bachelor and celebrated Christian apologist C.S. Lewis announced his marriage to Joy Gresham. His choice could not have been more unlikely.

Joy was an American, a divorcee, an ex-communist, and a former atheist. Yet this extraordinary and fascinating woman made a great impact on Lewis and his writings in the short time they together.

Extraordinary Woman
Pretty much everyone has heard of CS Lewis or at least his Naria stories or a couple of his non-fiction books (Mere Christianity, Screwtape Letters, The Great Divorce, etc.) Except for the two movies, I only saw Shadowlands, most people know nothing about Joy Davidman. Lyle Dorsett wrote what I believe is her only biography. It was on this short biography that both movies drew heavily. The reason that there are three different editions of this book is the popularity of the two movies. So it is interesting to me that Dorsett wanted to re-release the book to counter the misperception created by the movies.

Joy Davidman lived an extraordinarily life. She was born to two very driven second generation Jewish immigrants. Her father, a teacher and later principal, pushed Joy very hard (while virtually ignoring her slightly younger brother because he only had a 147 IQ and "would never amount to anything because he was so slow.") Joy was reading by 3, graduated from high school by 14, entered college at 15, started teaching middle school at 18 and started her masters at 19. By her early 20s she was the editor of a communist paper, had a Yale edition of her poetry published and a successful novel.

It was not all good. She had an affair with a professor while in college, seriously disrupted her relationship with her parents over her communist ties and entered into a very bad marriage at 27. Her husband Bill Greshem was a serial adulterer, an alcoholic, and occasionally was violent with both Joy and their two boys. Toward the end of their marriage, Joy converted from her atheism to Christianity. This did not help with the money problems, but did relieve the tensions in the marriage for a while. Joy's cousin moved into Joy's house with her own two boys to escape her own alcoholic, abusive husband. But that lead to an affair with Bill and the eventual end of the marriage.

While still married, Joy left the children with her cousin and Bill and took a five month trip to England to finish a book and meet CS Lewis. He was by this time a regular correspondent with Joy. It took a year, but eventually Joy divorced Bill and moved with her two boys to England. It was much longer until Lewis and Davidman married. Lewis was such a confirmed bachelor and marrying a divorced woman was so opposed by the Church of England, that Lewis may have never proposed if Davidman had not been threatened with deportation. Even with a quiet civil service, the marriage with hidden until after Joy's cancer was discovered. (Joy's cancer was likely cause by radiation treatments she was given for her thyroid disorder as a teen.) Joy was given months to live and even then a priest violated the bishop's direction when he married them in a religious ceremony.

Joy lived several years after her marriage to Lewis. Some of the time they were able to live an almost normal life. Joy's cancer went into remission (Lewis prayed to take on her pain and came down with a very painful bone disorder during much of her remission.) It was really only a few years that they were together. In many ways, the time they were together seem to illustrate the best of what pain can bring out in people. No one wishes pain on anyone, but as a Christian that believes that "God can use all things for good", the pain of Davidman and Lewis' lives and marriage was able to bring much to the greater world, and their own.

I have seen the Hollywood version of the story (not the BBC version) and while it gets much of the basics right, there is so much more to the story. This is a book that I wish were twice as long. Dorsett is a wonderful writer and knows how to both capture the beauty and the spiritual vitality of his subjects without veering into inappropriate veneration of them.

This is not an incredibly easy book to get a copy of, the audiobook is the easiest option. The hardback is still in print, but the paperback is out of print. If you are interested in more, there is collection of her letters that was published in 2009, Out of My Bone. And her son Douglas Gresham (who assisted with Shadowlands and was a producer with the recent Naria movies) has a memoir, Lenten Lands: My Childhood with Joy Davidman and CS Lewis that has good reviews.
Review by Adam Shields / (Posted on 1/20/2011)
This is an excellent book that...
This is an excellent book that describes the life of a fascinating woman. It was incredible to listen to the story of a hardened heart that God transformed for His glory. You won't want to stop listening once you start.
Review by Shane Belding / (Posted on 8/30/2008)
Kate Reading's crisp British accent recounts...
Kate Reading's crisp British accent recounts the complicated life of Joy Davidman Gresham as she evolves from a teenage prodigy to a communist, atheist, and then, finally, a Christian. Reading provides a hard American accent to Davidman's own writings and quotes, painting a portrait of the intelligent, tough, and sensitive woman she was. Dorsett's book shines as he describes Davidman's life with Christian apologist C.S. Lewis, whom Davidman pursued intellectually and spiritually, eventually marrying him. While the relationship between Davidman and Lewis was controversial, Dorsett paints the relationship as mutual, and Reading gives it equal respect. Together they provide a scholarly look at the lives of two gifted writers. H.L.S. © AudioFile 2005, Portland, Maine [Published: DEC 05/ JAN 06]
Review by Audiofile Magazine / (Posted on 2/9/2006) 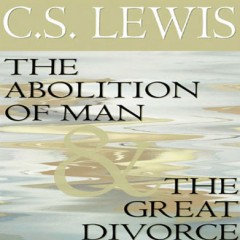 The Abolition of Man and The Great Divorce
C.S. Lewis 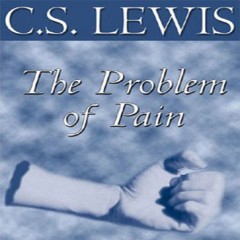 The Problem of Pain
C.S. Lewis 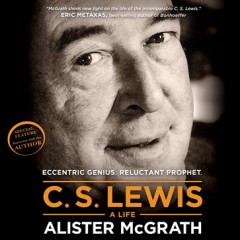 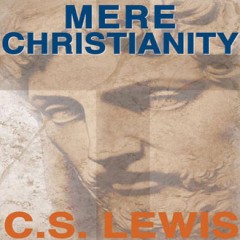