Against Biblical scholars who find that an “ethic of love” transcends biblical prohibitions on various sexual practices, in his book The Bible and Homosexual Practice, Dr. Robert Gagnon demonstrates quite the opposite: that scripture is unequivocally opposed to sexual impurity, including same-sex intercourse.

In a new MARS HILL AUDIO Conversation, “Texts, Sex, and Sanctity: Robert Gagnon on Homosexuality and the Bible,” Gagnon discusses why the biblical text is opposed to same-sex intercourse, what marriage is, and how the Church should be imitating Jesus by reaching out to those who are violating God’s commands while also upholding the commands.

Gagnon’s discussion is augmented with a reading of an article by theologian Philip Turner called “The Episcopalian Preference,” in which he examines the role of individual preferences in the Episcopal Church’s stance on homosexual practices. Turner, vice president of the Anglican Communion Institute, writes about “the subversion of Christian belief and practice by the logic of autonomous individualism” that threatens the Anglican communion as well as all American denominations. 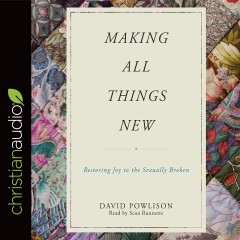 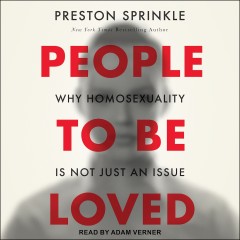