That there exists an ancient mystery that holds the secret of America's future?
That this mystery lies behind everything from 9/11 to the collapse of the global economy?
That ancient harbingers of judgment are now manifesting in America?
That God is sending America a prophetic message of what is yet to come?

Before its end as a nation, there appeared in ancient Israel nine specific warnings and omens of national destruction – These same Nine Harbingers are now manifesting in America with profound ramifications for America’s future and end-time prophecy.

Hidden in an ancient biblical prophecy from Isaiah, the mysteries revealed in The Harbinger are so precise that they foretell recent American events down to the exact days… the 3,000-year-old mystery that revealed the exact date of the stock market collapse of 2008… the ancient prophecy that was proclaimed from the floor of the US Senate and then came true…and more. The revelations are so specific that even the most hardened skeptic will find it hard to put down. Though it sounds like the plot of a Hollywood thriller – IT’S REAL.

The prophetic mysteries are factual but revealed through a riveting narrative the reader will find hard to put down. The Harbinger opens with the appearance of a man burdened with a message he has received from a mysterious figure called The Prophet. The Prophet has given him nine seals, each containing a message about America s future. As he tells of his encounters with the Prophet, from a skyscraper in New York City, to a rural mountaintop, to Capitol Hill, to Ground Zero, the mystery behind each seal is revealed. As the story unfolds, each revelation becomes another piece in a larger and larger puzzle, the ramifications of which are, even now, altering the course of America and the world.

Awesome historical links that no one else is making.
Loved the book and will recommend it to anyone.
I truly believe the Lord is calling our nation to repent.
Review by WWG1WGA / (Posted on 11/7/2019)
Amazing but hokey
I read this because I liked the Paradigm by the same author very much. Paradigm is much better. This one is hokey because it is pretended to be spoken by an omniscient prophet. The seals are made up. The guy having the same name as the scribe Baruch is made up. The dream is made up.
What is amazing about the book is the recitation of the rebellious act in Isaiah 9:10 by 2 leading Democrats, thinking they are using honoring the Bible. Also the details of what happened on 9/11 related to Isa 9:10. And the history of New York as the first capital of the nation. I think Cahn learned from this one and his subsequent books do not use fake stuff like the fake prophet, the seals and the dream.
Review by SteveMiller / (Posted on 3/25/2019)
Harbinger
Those here whose responses are essentially nose-thumbing haughty christians typify that fallen spiritual people in any and every age. The very manifestation of arrogance as in the Final hours before the Flood, precisely as Y'suah specified it is to be in the Final Hours of man's rule over Creator's earth.

This allegory defines both that great commission everyone is capable of taking on, to research and delve to deepest depths of Bible revelation, and to take on that mystic journey through this life where the pathway is designed and held largely in hidden state until one's first and following steps in total trust and vetted faith in Creator's design and purpose for that one's life.
Review by ClaudeA / (Posted on 2/19/2019)
Show ALL Reviews
A Prime Example of Prophetic Eisegesis - Not Recommended
This book is a prime example of prophetic eisegesis. In other words, the author creatively and skillfully reads his own prophetic narrative into a mere two verses of the Old Testament (Isaiah 9:10-11). The goal of any credible interpretation of the Bible is to draw meaning from the text, not to insert meaning into it. I give this title two stars because, despite the deplorable treatment of the prophet Isaiah, he does spin an interesting tale. So as fiction, it is well-written. As far as having any kind of Divine credibility, however, it is simply bogus. Isaiah 9:10-11 says nothing remotely close to what this author proposes. Could America be judged by God because of her sins? Of course, as could any other nation incur Divine judgment. To imply that the Bible prophesies America as another Israel, however, is a blatant distortion of Scripture. I can't in good conscience recommend this title.
Review by David / (Posted on 12/27/2017)
Must read
Scary good!
Review by Jeremy / (Posted on 8/10/2016)
Mystical book - Not Biblical
This book is based on assumptions rather than concrete facts and solid Scripture.

It suggests that the Bible has hidden messages, that he has been able to uncover.

He calls himself a prophet, yet he has no prophesy from God. He admits that he doesn't know what is going to happen to the nation.

It's a call to national repentance - which is great, but the emphasis is put on a man-initiated “covenant” with America.

The fact is that God made a covenant with Israel. Today God makes no covenants with other countries or governments, but rather with individuals who have become partakers of this covenant through faith in Jesus Christ.

As a Bible reading Christian, I must say this book did not strengthen my faith nor is it helpful to "be ready" for the end times.
Review by Irina / (Posted on 4/15/2015)
A Must Read!
For those who don't believe that God participates in the affairs of men, you need to read this. For those who wonder why America is in the state it's in, you need to read this. For those who want a solution to stop the US from imploding, you must read this! An excellent book!
Review by Kathy / (Posted on 8/7/2014)
Great listen
Important.
Review by Leo / (Posted on 2/25/2014)
Did not hold my interest
Sorry, but I just couldn't get into this story.
Review by Sharon / (Posted on 3/21/2013)
Awesome book
Great book, with great use of the Old testament, it really brought me back to the times right after 9/11 and the Collapses of the banks, it's a very easy read!
Review by Timothy / (Posted on 10/13/2012) 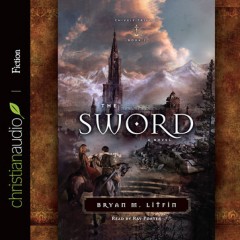 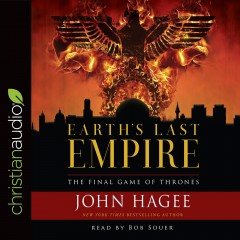 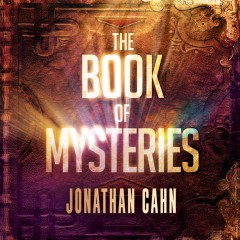 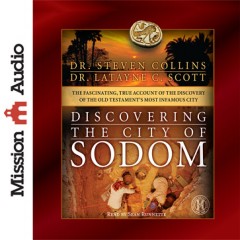 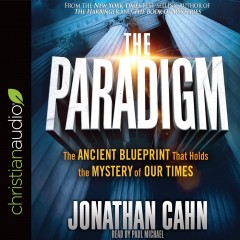