If you want a family break from TV and movies, get comfy, close your eyes and let this master storyteller stir the imagination. This latest addition to the "Pooh Classics" is a must. On stage and on recordings, Peter Dennis, with the blessing of the Milne estate, has made Milne's world something of a life's work and his whimsical readings, meant for adults and children alike, are captivating." -Lynn Heffley, Los Angeles Times

I- In Which A House Is Built at Pooh Corner for Eeyore.

II- In Which Tigger Comes to the Forest and Has Breakfast.

III- In Which A Search Is Organdized, and Piglet nearly meets the Heffalump Again.

IV- In Which It Is Shown That Tiggers Don’t Climb Trees.

V- In Which Rabbit Has a Busy Day, and We Learn What Christopher Robin Does in the Mornings.

VI- In Which Pooh Invents a New Game and Eeyore Joins In.

VII- In Which Tigger Is Unbounced.

VIII- In Which Piglet Does a Very Grand Thing.

IX- In Which Eeyore Finds the Wolery and Owl Moves Into It.

X- In Which Christopher Robin and Pooh Come to an Enchanted Place, and We Leave Them There.

Our children love these
We have all of A.A. Milne/Peter Dennis audio books, and love all of them. Our children (especially our son) love the Pooh stories, and listen to them at least once a week.
Review by Adam / (Posted on 7/5/2011)
I enjoyed this recording very much;...
I enjoyed this recording very much; it was well read, and the music between chapters was pleasant. The use of sound effects such as the wind in the trees, birdsong etc. added to the experience.

My one complaint is with the voice characterisation of Piglet. Several times in the book we are told that Piglet has a "high" or "squeaky" voice, and yet in this recording his voice is low and husky. His sentences are also punctuated with a snoring sort of "grunt" which is overused and soon becomes annoying, particularly to those of us who have known Piglet for many years for the timid, unobtrusive small animal he is. I doubt Piglet ever grunted like that in his life. It was a serious drawback, particularly to a listener whose favourite character in the Pooh books is Piglet.
Review by anna crandell / (Posted on 3/29/2010) 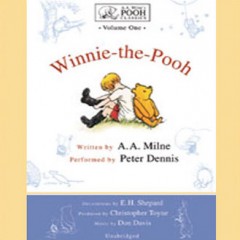 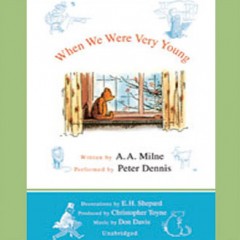 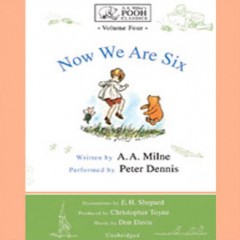 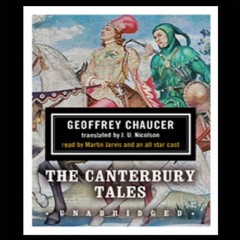 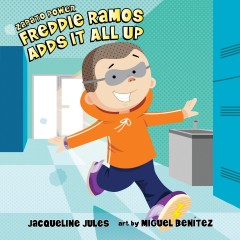 Freddie Ramos Adds It All Up
Jacqueline Jules
Regular Price: $9.99 Member Price: $7.99 (or 2 credits)
Sign up for our newsletter!