For many, the Inquisition conjures Gothic images of cloaked figures and barbarous torture chambers. So enmeshed is this view of the Inquisition in popular culture that such scenes play out even in comedies such as Mel Brooks' History of the World and Monty Python's Flying Circus. But is this a fair portrayal? And how was the Inquisition perceived in its own time? Professor Thomas F. Madden of Saint Louis University delivers a stimulating series of lectures exploring all facets of the Inquisition, including the religious and political climate of its time and the Inquisition's relationship to heresy and reformation. With a scholarly eye and infectious enthusiasm, widely published author and noted expert on pre-modern European history Thomas Madden imparts an understanding of the Spanish and Roman Inquisitions while dispelling popular myths associated with the subject.

[I have not listened to this course; a rating is required to leave a review.]
Review by joshua galvas / (Posted on 2/2/2010) 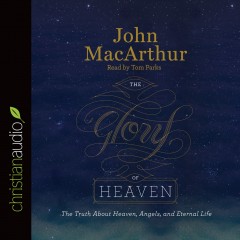