The Return of the King is the towering climax to J.R.R. Tolkien’s trilogy that tells the saga of the hobbits of Middle-earth and the great War of the Rings. In this concluding volume, Frodo and Sam make a terrible journey to the heart of the Land of the Shadow in a final reckoning with the power of Sauron.  In addition to narrating the prose passages, Rob Inglis sings the trilogy’s songs and poems a capella, using melodies composed by Inglis and Claudia Howard, the Recorded Books studio director. This recording contains Tolkien’s preface to the trilogy, including a prior history of the ring, and shire habitat, history, and folkways.

The best LotR Audiobook series
This is the audiobook series of Lord of the rings that you want to buy. The voice is amazing. You won’t regret it!
Review by Danny / (Posted on 2/16/2018)
Engrossing story & narration
I am thoroughly enjoying listening to this series! The story is engrossing, and the narrator did a wonderful job...
Review by Ken / (Posted on 2/11/2018)
Great job!
The writing of JRR Tolkien is wonderful, and Rob Inglis does a fantastic job with the reading and the voices. Loved listening to it!
Review by Laura / (Posted on 1/11/2017)
Show ALL Reviews
Great Book, Wonderfully Read
My wife and I throughly enjoyed the whole series while we were on a road trip. I don't know if the movie actors took their accents from these recordings, but most of the characters sound exactly the same. The only exception is Strider, who sounds better in this recording than in the movies. My only complaint is the songs, which are actually sung here. Tolkien is really to blame, but they just seem to go on and on, and do not help the story. But very small issue for hours of entertainment. Any LOTR or fantasy reader will really enjoy these recordings.
Review by KFrank / (Posted on 12/2/2016)
A lot of description
This book was the hardest in the trilogy for me to get through as there's a lot of description. I couldn't really connect with anything until the climax of Frodo and Sam's journey which is right towards the end. The reason I was glad I listened to it was the extra ending that wasn't in the movie, which was one of the better parts of the whole trilogy.
Review by Jamin / (Posted on 8/24/2016)
cool
cool
Review by Jodie / (Posted on 6/25/2015) 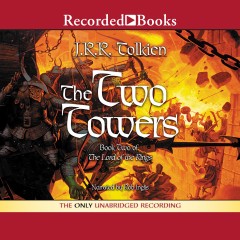 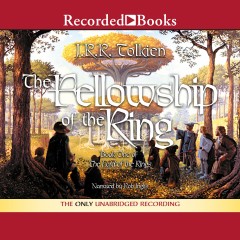 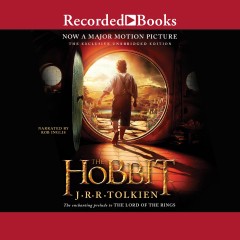 The Pursuit of Tamsen Littlejohn
Lori Benton
Regular Price: $24.99 Member Price: $19.99 (or 4 credits)
Sign up for our newsletter!