This book is about Sally Kern, District 84 House of Representatives member from Oklahoma, and her desire to see America return to the conservative principles that guided the nation's founders.

In January 2008, the pastor's wife and former high school teacher gave a speech to a Republican club in Oklahoma City explaining that the founding fathers believed Christian principles would lead to a civilized society, individual self-government, good citizens, the elevation of learning, and a cohesive value system. While explaining the fifth benefit, a cohesive value system, she told of a group of wealthy homosexual activists who threatened the nation's moral fabric by attempting to unseat seventy conservative politicians who opposed their agenda. Clips from the speech later were posted on YouTube, generating more than 2 million hits and leading to what she describes as a media "stoning". That didn't stop her from winning re-election or from continuing her calls for America to return to the conservative principles that made it great.

In this book she warns that there is danger ahead if social conservatives don't preserve the nation's foundations of morality, truth, and tolerance. She issues a cry for conservatives to stand for their freedom now before they no longer have the right to do so.

Tolerance?
Sally Kern is truly a hero of the Christian faith. Most Christians keep silent about homosexuality and other alternate lifestyles because we have been conditioned to “be tolerant” of others. Sally Kern, a grandmother, minister’s wife and God-directed Oklahoma state representative made the mistake of expressing her belief based on the Bible that the homosexual lifestyle is wrong.

In a day when laws are being passed against hate speech, she received tens of thousands of the most vile emails and phone calls you could imagine. These communications came from activists who are supposedly promoting tolerance of other’s beliefs. Tolerance apparently means that we should not condemn those who have different lifestyles and beliefs; unless they don’t agree with the homosexual line of thinking.

Through all of the slander, threats and attempts to get Sally reprimanded by the Oklahoma legislature, she has persevered, winning reelection after reelection.

She reveals in detail how the gay activist movement has been working from a script written many years ago. Part of this plan is to demonize those who oppose the gay lifestyle. Sally relates how this condemnation is being formalized through hate-speech legislation which she maintains, using examples from Canada and England, is being promoted in order to silence those who oppose their lifestyle under the threat of jail.

This book is a must read for those who want to retain freedom of speech in our beloved country.

I received this audio book free from http://christianaudio.com Reviewers Program in exchange for posting a review. I was not required to write a positive review. The opinions I have expressed are my own.
Review by Kurt / (Posted on 9/25/2011)
Sally Kern, Oklahoma State Legislator, provided some remarks that enflamed the homosexual community. This is her story.
I recently picked up The Stoning of Sally Kern by Sally Kern as part of the christianaudio.com review program. The title was intriguing, and when I read the description, I wanted to hear what she had to say.

Sally Kern was not your typical Oklahoma State Legislature member. She was a former teacher and a highly conservative believer in Christ. In fact, she ran on those principles and won.

During a speech in 2008, she discussed how the moral fibers of America were deteriorating at the hand of a non-traditional family campaign. In other words, she spoke out about the homosexual community. However, the figurative stoning of Sally Kern began when pieces of her speech were put together and shared on YouTube. Sally describes the hate email and phone calls that came from all sides including some well-known celebrities.

In this book, she takes you through the speech that landed her in the spotlight and her family's name being tracked through the mud including her son. She details the rallying around her by her constituents on the steps of the capitol building, and her steadfast dependence on the Lord to walk the journey with her.

The book is a quick listen and I had conflicting emotions throughout the book. Her strong convictions are clear and present in this book, and she continues to stay the course. She discusses how her opposition cry out for a more tolerant perspective, yet are not tolerant of her beliefs - in fact, they run contrary to their words.

I recommend this book for anyone who wants to hear this story from Sally Kern herself.
Review by Dave Anthold / (Posted on 9/15/2011)
Very much enjoyed this book
I would like to share a book with you called The Stoning of Sally Kern by Sally Kern.

This is an eye-opening book, the story of Sally Kern. I was not familiar with her story prior to listening to this book. Let me give you a little background on what happened: Mrs. Kern, District 84 House of Representatives member from Oklahoma, was attacked by homosexuals after give a speech to a Republican club. Pieces of the speech were turned into a YouTube video. In this book she describes the hate mail she received and the attacks on her family because of this video. Many wanted her to apologize and change what she said. She was not going to apologize for speaking truth. She goes on to talk about how Christianity in America is under attack.

There was so much truth presented in this book and I found myself continually shaking my head in agreement. Christian Americans need to not be afraid to stand up as Mrs. Kern has done. But too often we do not because we don't want to hurt someone else's feelings.

As I was looking on a site where I will also post this review, this book has clearly angered many because Mrs. Kern has taken a stand against homosexuality. She is not mean or hateful in the way she does it either. One thing I noticed in the book was how she received all this hate mail and complaints for her supposed "hate" of homosexuals yet the things that were said to her where much more vile and hateful than anything she even said!

It's clear that our society is very much against those who stand up against the sin of homosexuality. If you go look at other review sites, those who speak out in favor of this book are criticized!

The narrator (Tamara Kaye Adams) did a good job with this reading. It took me a little bit to get used to her voice, but I thought she did a nice job.

Thank you to the christianaudio Reviewers Program for providing this audio book to me for my honest review. 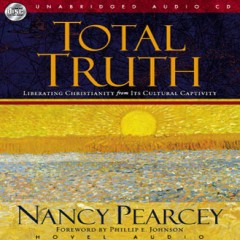