Description
The anticipation of a homecoming, and a chance to set things right...yet will "the telling" cause further pain? Accompanied by her new English friend, Grace Byler has left Bird-in-Hand to search for her mother in Ohio. But what if Lettie refuses to be found? Meanwhile, Lettie continues her private quest to find the missing piece of her life, though she is increasingly torn between the family she left behind and yearning for her long-lost child. Will mother and daughter find the answers they seek?

Aimee Lilly, wonderfully reads the story. Using various voices for the different characters added to the realness of the story. Her voice was easy to listen to and her diction was flawless.

I could not testify to the accuracy of the Amish community portrayed, but the depiction of the story seemed real. That is because, it is not just an Amish story, it is a human story, a story of sin, consequences, confession, redemption, and forgiveness (both God’s and man’s). This human story has been authentically portrayed. The everyday conversations had a ring of reality to them. Even the spiritual conversations were natural, not strained at all. Their conversations, questions and answers, were ones that I myself might have been involved in.

How family, friends, and church community responded demonstrated the reality of the consequences of sin. But it was the ultimate response, from the Amish community, of redemption and forgiveness that shines as the main theme of the book. When life is lived like this,forgiving as God in Christ has forgiven us, we are shown Christianity as it should be. As a result God is glorified.

I wholeheartedly recommend this audio book. It is offered by http://www.christianaudio.com/. It was a pleasure to be able to review this book for the christianaudio Reviewers Program.
Review by ernest kerwin / (Posted on 7/11/2010)
This is the third and final...
This is the third and final book in the Seasons of Grace series by Beverly Lewis. The series is set around an Amish family in Bird-in-Hand, Pennsylvania and is a story of God’s provision and redemption.

In the first two books Lettie Byler left her family without any explanation for Ohio to find the missing piece of the life she left when she was a teenager. The third installment starts with Lettie’s daughter in Pennsylvania, Grace Byler, setting out on a quest to find her missing mother and to bring her home.

Grace takes a ride with an “Englisher” named Heather Nelson who’d recently been diagnosed with cancer and is going to Ohio to attend an alternative treatment facility.

Will mother, daughter, and one seriously ill “Englisher” find what they are looking for?

Every Beverly Lewis book is good and this one is no exception. Beverly offers a glimpse into the life of the reclusive Amish people that are so easily misunderstood. The Telling is simple yet deep as it unfolds and illustrates covering up our mistakes only makes situations worse than had we owned up to them in the first place.

I listened to the audio version of this book and really liked that there was a different voice for each character. The Amish characters even had a traditional Amish accent which gave a certain authenticity to these characters.

Review by Tonya LaCourse / (Posted on 6/2/2010)
"The Telling" Book Three in The...
"The Telling" Book Three in The Seasons of Grace series written by Beverly Lewis has been released in audiobook format by Oasis Audio and is available from Christian Audio (http://christianaudio.com). This audiobook is a fitting conclusion to a series that began with "The Secret" and continued with "The Missing" which are also available from Christian Audio. I, personally, do not have time to just sit and read all the books that I would like to read so audiobooks make my life much easier. I can take the book with me in the car and play it while I am driving to work or to the store. It fills my time and I am entertained. There is a reason why children love to hear stories read to them by their parents and they enjoy the reading even more when the parent uses voices to identify the characters; it makes the reading much more enjoyable. And while we may grow taller we never outgrow the love of having stories told to us in voices and Christian Audio meets that need.

Grace Byler longs to find her missing mother, Lettie, and to uncover the secret that drove her to leave them. Lettie continues her private quest to find the missing piece of her life. As clues take her to Ohio, she is increasingly torn between the family she has left behind and her daughter she gave up for adoption, a daughter that has been Lettie's secret for 24 years.. Struggling to come to terms with a grave medical diagnosis, Heather Nelson is determined to forgo traditional medicine in hopes of finding answers and healing in Amish country. But first, she offers to drive her Amish friend, Grace Byler, to Ohio. Will mother and daughter, and one seriously ill graduate student, find the answers they long for?

It is an injustice to say that Aimee Lilly is the reader of this book. Aimee Lilly really is the actress who, against a gentle musical background, brings the characters to full life. There are many characters and Ms. Lilly uses her voice to give unique voice to them all, as well as the correct accent for the different dialects.

Disclosure of Material Connection: I received this audiobook free from Christian Audio. I was not required to write a positive review. The opinions I have expressed are my own. I am disclosing this in accordance with the Federal Trade Commission’s 16 CFR, Part 255 <http://www.access.gpo.gov/nara/cfr/waisidx_03/16cfr255_03.html> : “Guides Concerning the Use of Endorsements and Testimonials in Advertising.”
Review by Victor Gentile / (Posted on 5/14/2010)
Show ALL Reviews
I listened to the audio version...
I listened to the audio version of this book from Christian Audio, at this URL: http://christianaudio.com/product_info.php?products_id=2836
I was quite surprised at this book. A captivating story about a scandal in an Amish community. Although the book is probably written and more suited to capture feminine sensitivities, I found myself wanting to get to the end to find out what happens with each of the characters.

The book was flawlessly and expertly read, and the reader had a different voice for each character, as well as the correct accent for the different dialect. The she put a lot of emotion into this story, and takes you on a journey with her throughout the book.

While I could not recommend this book as a "Christian book", I could certainly recommend it as a good read with a Christian flavor.

Apparently there are 2 prequels to this book, but I didn't miss them, I think it stands well on it's own.

Thank you to christianaudio Reviewers Program for providing a copy of this book for my review. #

This was a nice conclusion to the series Seasons of Grace. Although this was an abridged version(I try to only listen to unabridged versions) I don't think I missed out on anything as it tied up all the strings of the story nicely and didn't leave you wondering about anything.


This is definitely not a stand alone title so I would highly recommend that you read or listen to the first two books.


Everything that has building since the first book is brought to a head in this book, I had Heather's biological mother figured out in the first book. It did explain a bit more about the Amish shunning and whole foods.


If you like Amish stories I would definately recommend this whole series.

To be brutally honest, I didn't really get it. This is the third of a trilogy - it took me a while to understand what was happening, and perhaps this is why. There's nothing wrong with the story but it just seemed a bit light in terms of content for me! I'd spend an hour or so listening to the narrator, and feel like nothing had really happened.

The narrator gives a clichéd accent to all the Amish people which frustrated me but at times does help to dramatise the story a bit.

Biblical insight into God's grace is in there, but for me, Christian fiction comes far better than this. That being said, I think this is aimed overwhelmingly at American ladies, so if that's you don't hesitate to give this a go!

I got this audiobook for free as part of the christianaudio.com reviewers programme. I'm not required to give a positive review.
Review by Sam Isaacson / (Posted on 5/5/2010)
Grace Byler is accompanied by her...
Grace Byler is accompanied by her new English friend, Heather Nelson, on a search for Grace's mother, Lettie. Grace and her family don't know why Lettie suddenly left them; however, she is in search of her daughter she gave up for adoption, a daughter that has been Lettie's secret for 24 years. Will Lettie return home? Will she find her daughter?

I love every Beverly Lewis' book I've ever read, and this is no exception. The narrator of this book, Aimee Lilly, did an excellent job. I loved her voice choices for each character, and I felt her voice was pleasant to hear.

Thank you to christianaudio Reviewers Program for providing a copy of this book for my review.
Review by Bethany Po / (Posted on 4/30/2010) 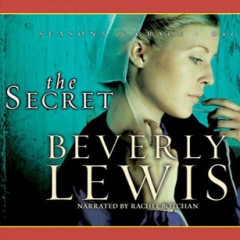 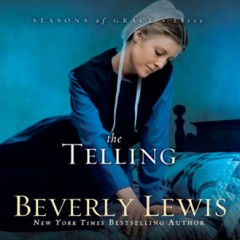 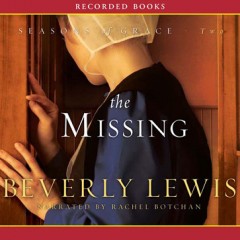 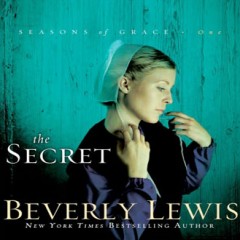 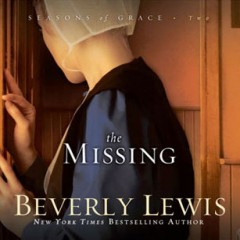