Andrew Jones was once one of the few surgeons in the world to have that rare, God-given ability called The Touch. But after failing to save his young fiance, Faith, at the scene of a car accident, Jones abandons his gift and shuns the operating room.

Lara Blair owns a Chicago-based biomedical engineering company developing a surgical tool that will duplicate precisely the movement of a surgeon's hands, reducing or eliminating failed surgical procedures. Lara has pursued the best surgeons in the world to test this surgical tool, and all of them have failed.

As Lara pursues Jones' skill for her project, Jones' stubborn resistance cracks, and he begins to open up to her about the wounds that still haunt him. But when Jones discovers the urgency behind Lara's work, he must choose to move beyond his past. As each is forced to surrender secret fears, they are bonded together through the lives of the people Jones serves and by the healing secret that Faith left behind.

This is a beautiful love story.
This book is very impressive about God's love . It shows the love of God through man and man's ability through the trust in God.
Review by Fresh / (Posted on 9/25/2014)
Credible and perceptive narration
'Michael provides credible Italian and Appalachian accents and perceptively delivers the poignant dialogue.'

© AudioFile 2012, Portland, Maine
Review by AudioFile Magazine (excerpt) / (Posted on 3/15/2012)
The dignity of life; God's grace heals.
A tasteful romance with a powerful message about the dignity of human life at all stages, as well as the healing power of God's grace. There is a brief interlude which may not be suitable for children, however, it is very discreet. Paul Mitchell delivers a compelling reading, his voice resonating with the varying emotions conveyed throughout the story.

I had trouble loading the MP3 files onto my ipod directly from the website, but no problem whatsoever downloading it to the computer and then transferring it to my ipod from there. The complete zip file loads really fast and opens easily.
Review by robyn / (Posted on 10/3/2011)
Show ALL Reviews
"The Touch" more than a novella
This is the first book I have attempted to listen to in awhile that contained dialog. And I was pleasantly surprised that I was able to focus my attention and follow along. It is a book filled with both the sadness and the beauty of life--of lives ending and new ones beginning. The author did a great job of weaving and telling a story that took turns not expected. I was not familiar with the reader of the book but felt his voice suited the book well. Being that both the author and main characters were male, you felt you were listening to the main character as he told his story. Although considered a novella, it was the perfect length for an audio book!
Review by DaisyGirl / (Posted on 9/16/2011)
Wonderful
This is an excellent audio all round. The story is very well crafted with characters you can believe in and a plot that is full of different emotions. This is not surprising coming from the man who wrote the screenplay for ‘Braveheart‘!!

The narration is perfect. Paul Michael does a wonderful job of bringing the different characters to life, and knows how to stir your emotions with the perfect pitch of his voice.

The quality is excellent although I have had problems transferring files to my mp3 player on my mobile. I like listening as I walk, so I had to spend most of the time sat at my PC which was disappointing, but did not completely destroy my enjoyment of it.

Its not a fast paced audio but it will definitely keep your attention, if you like well developed characters with a medical setting.

Thanks to christianaudio.com Reviewers Program for this copy. 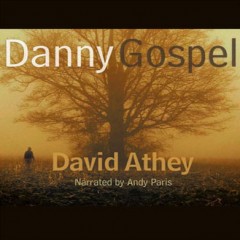 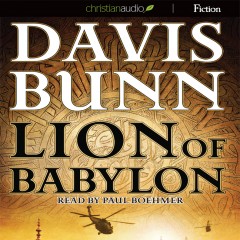