Description
Ashton is just a typical small town. But when a skeptical reporter and a prayerful pastor begin to compare notes, they suddenly find themselves fighting a hideous New Age plot to subjugate the townspeople, and eventually the entire human race. The battle rages in the spirit world between Rafar, leading his legions from the world of darkness, and Tal, leading his army of angels. The battle is unseen by the townspeople but they feel its presence and the vortex of evil threatening to annihilate them. Pastor Hank Busche and newspaperman Marshall Hogan join the battle and lead the human crusade against the evil demons. The fighting is vicious and the outcome is unforgettable.

Good snapshot of battle!
I truly enjoyed this. The story line sounds fictional but it really gave a clear understanding of how everything opperates around us. I recommend to anyone trying to better understand spiritual warefare.
Review by Sara / (Posted on 6/24/2019)
Life changing
One of the best books I've ever read/listened to. My understanding is that Frank Peretti wrote this based on his study of spiritual warfare in the Bible. Though this is a fictional story, the truth of angels and demons is very real and comes alive in This Present Darkness
Review by Jay / (Posted on 3/24/2015)
Eh...
The book is pretty cheesy and feels overdone, and the author's reading, along with silly-spooky music in the background, doesn't help. Perhaps I'm a just a book snob.
Review by Mrs. Erven / (Posted on 6/2/2014)
Show ALL Reviews
excellent, a thrilling read
Have you ever thought about the scripture which talks about the battles in the heavenlies? Have you ever thought about the power of prayer of a righteous man availing much? Have you considered that there is an enemy, the devil who is prowling about seeking whom he may devour?

This is a book that vividly presents the seen and unseen worlds and how they collide. It is a page turner, metaphorically. Frank Peretti and the narrator have presented a masterpiece.
Review by Be / (Posted on 4/3/2012)
low bitrate
Couldn't stand the bad sound quality on the compressed mp3:s. 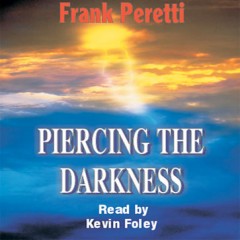 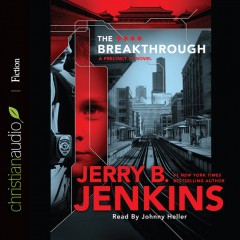 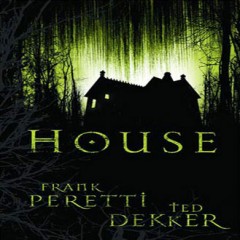 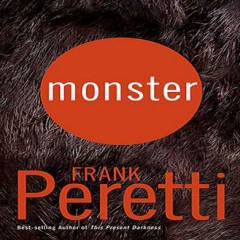